MOVING TOWARDS THE WORLD CONGRESS!

The UCLG regional sections met in Barcelona to discuss GOLD V and the process of localizing the global agendas, and shared the progress towards the World Congress in Durban

The main goals of the meeting were to discuss the GOLD V report, to evaluate the progress in localizing the global agendas and to share their progress towards the World Congress in Durban.

The first day of the meeting - which was opened by Emilia Saiz, Secretary General of UCLG, and Salvador Gausa i Gascón, Director of IR of Barcelona Provincial Council- focused on discussing the contents of the GOLD report in order to define its conclusions. The sections also made recommendations on the different regional chapters.

In Salvador Gausa i Gascón's words: - "We are in an era in which the narrative is very important, a reason for us to support the report. The GOLD report (...) has a very important approach (...) it proves that global challenges and opportunities couldn't be solved and developed without local actions; and at the World Congress we will realize that.”

The Global Report on Local Democracy and Decentralization -GOLD Report-  is a publication that examines the state of decentralization and local democracy around the world. This fifth edition pays particular attention to localizing global agendas. It has contributions from a wide range of local experts, representatives of municipal and regional authorities, and professionals involved in policy-making.

During the event, the progress towards the UCLG World Congress was also presented. The first part consisted of a general perspective of the progress made in each of its tracks (Assembly, Town Hall, Local4Action and Statutory), whereas the Assembly track was the main focus during the second part of the morning, with the contributions of UCLG sections in their key messages and political priorities to create in Durban an Assembly capable of responding to continental challenges and the organisation's political priorities.

At the closing session, the statutory matters of the organisation were discussed and the general secretaries were informed of the candidatures for the formation of the World Council, the Executive Bureau and the presidency of the organisation, which will be defined at the Durban Summit. 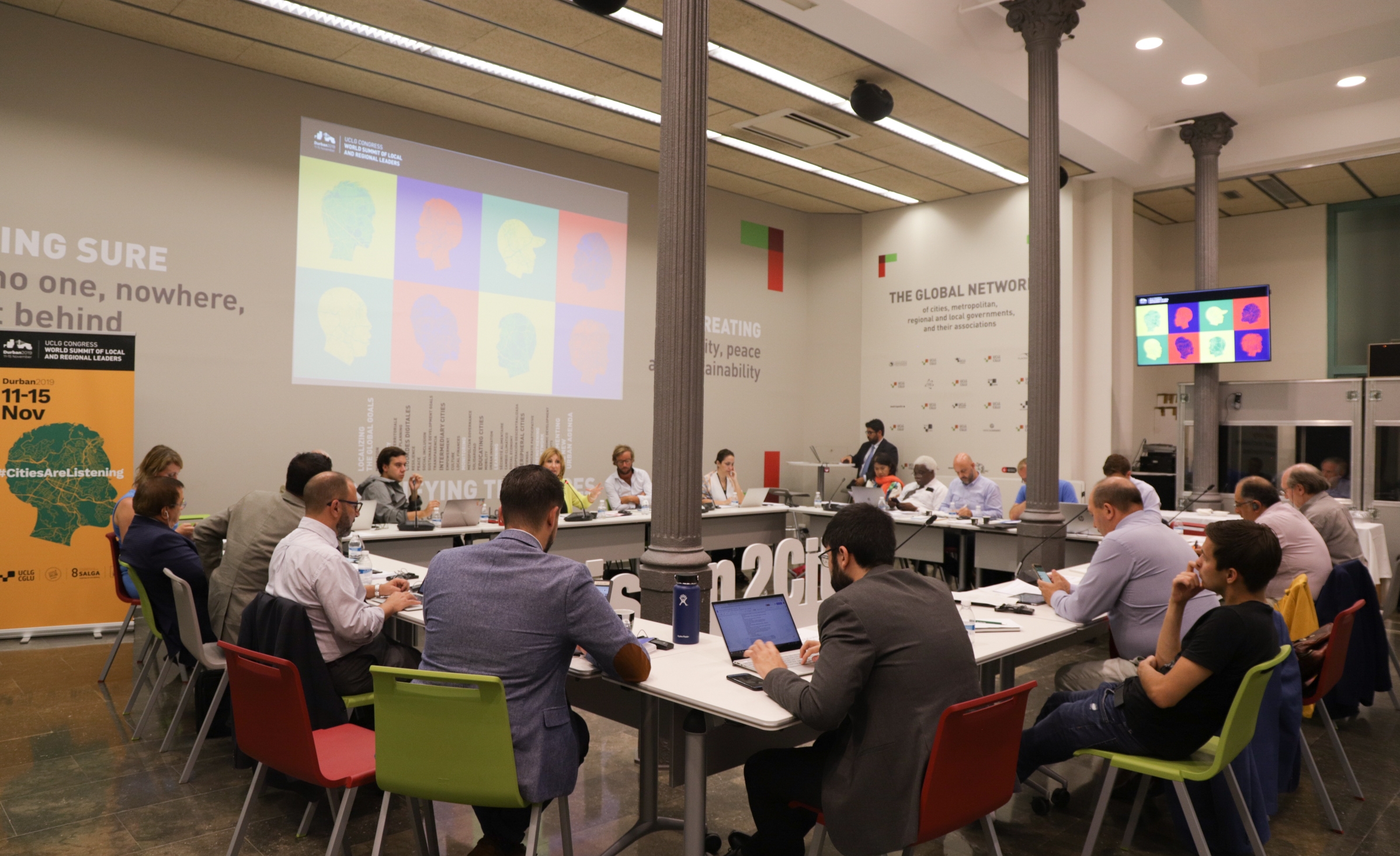