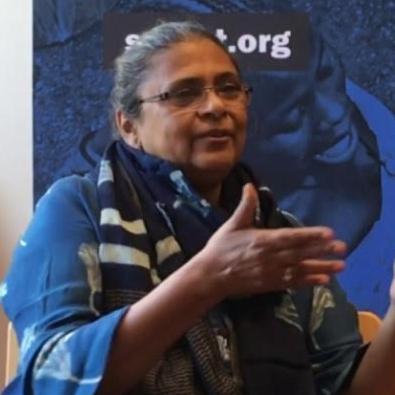 Sheela Patel is the founder Director of the Society for Promotion of Area Resource Centres (SPARC), an NGO that has been working since 1984 to support community organisations of the urban poor in their efforts to access secure housing and basic amenities, and seek their right to the city. She is one of the founders of Slum Dwellers International, a transnational social movement of the urban poor, whose Board she currently chairs. Patel is widely recognised – nationally and internationally – for seeking urgent attention to the issues of urban poverty, housing and infrastructure onto the radar of governments, bilateral and international agencies, foundations and other organisations.