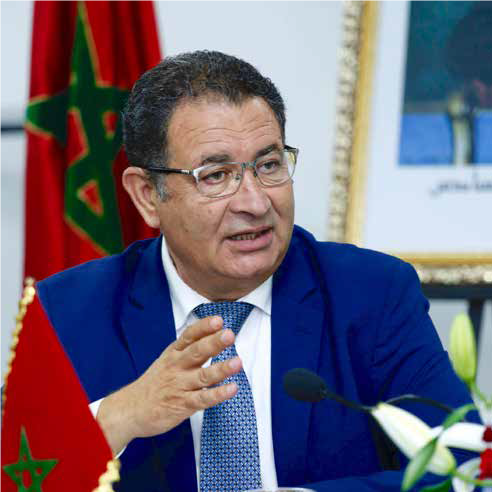 A doctor of medicine specializing in radiology, Mohamed Boudra became a municipal councillor of the city of Al Hoceima in 1997. He was elected mayor of the city in 2003 and re-elected in 2009 and 2015. President of the Taza-Al Hoceima-Taounate Region from 2009 to 2015, he also served as an elected member of Parliament from 2011 to 2016. In 2016, he was chosen by his peers to be President of the Moroccan Association of Municipal Council Presidents. He is also Co-President of the Euro-Mediterranean Regional and Local Assembly (ARLEM) (2010-2012 / 2017-2019), President of the Political Council of the Mediterranean Commission of UCLG, Vice-President of the Standing Committee for the Euro-Mediterranean Partnership of the Council of Local and Regional Authorities of Europe (COPPEM/CPLRE), and Member of the Scientific Committee of the International Training Centre for Local Authorities (CIFAL - UNITAR).