The right to the city is a new paradigm that provides an alternative framework to rethink cities and human settlements on the basis of the principles of social justice, equity, democracy and sustainability.

Evaluation and some challenges that define the political document and that will be debated at the UCLG congress:

Financialization of cities, gentrification and housing crisis. The financialization of cities is one of the main challenges faced by cities today and is strongly linked with gentrification and the current housing crisis. The primacy of an urban model based on economic growth disregards the social function of land, property and the city. There is thus an urgent need to regulate the real estate market, foster public housing and alternative ways to produce housing, while simultaneously ensuring inclusive and sustainable neighbourhoods.

Territorial and social inequities. A solidarity-based and inclusive approach is needed within the ecosystem of urban territories. Inequalities within countries and within cities themselves have been a growing transversal challenge, resulting in an increase in the number of economic, social and environmental threats. Inequalities between dynamic and stagnating regions, large, middle-sized and small cities, central and peripheral cities and neighbourhoods, and wealthy gated communities and slum areas, have experienced a sharp rise, resulting in greater urban fragmentation and territorial polarization.

Democratic backsliding and human rights curtailment. Across the globe, the struggle for democracy and democratic institutions is taking shape as a response to the rise of racism, misogyny, hatred speeches and the extreme right. Cities are melting pots where different groups and identities share their living space, hence the need of local governments to foster social cohesion and fight the proliferation of discrimination. New waves of social protests are emerging to claim for equality and human rights for all, often encountering difficulties related to freedom of expression or even criminalization and persecution. Claims for participatory democracy are gaining weight all over.

Migration crisis. Human mobility is part of the history of humankind. Its causes are linked to a wide range of issues, from poverty, natural disasters, wars, economic crises, political distress, urban violence or educational and employment opportunities, among others. Although it is not a new phenomenon, migration is increasingly polarizing societies in a context of rise of the extreme right and restrictive national migratory policies. Cities are confronting these narratives (see the Sanctuary Cities or Cities of Refuge movements) at the local, national and global level, and enhancing their reception and integration policies. 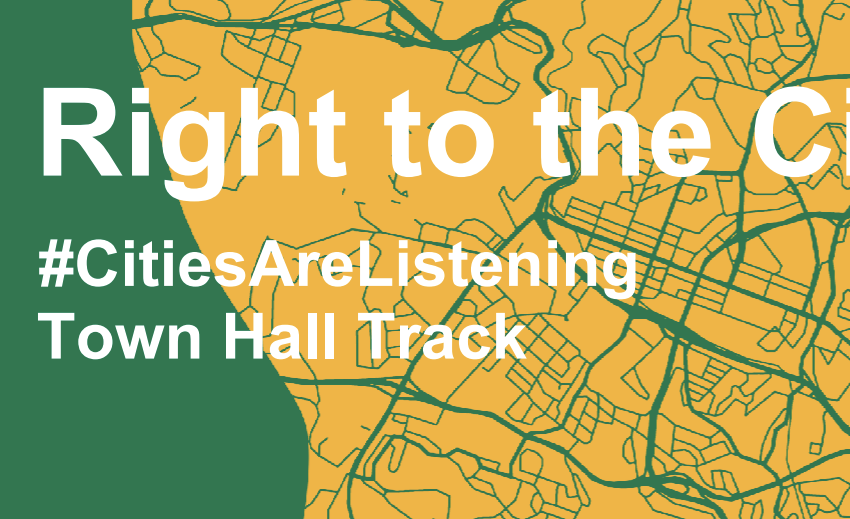