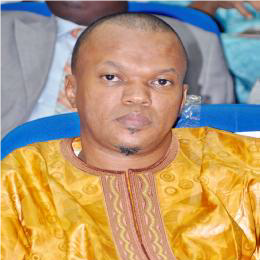 Mr. Ahmed Aziz Diallo has been member of Parliament of Burkina Faso since 2015 and mayor of Dori since 2016. Graduated in management from the University of Québec in Montreal (Canada), before entering public life, Mr. Diallo has worked in the private sector and, from 2000 to 2015, for the United Nations peacekeeping operations in Sierra Leone, Afghanistan and Liberia. He is member of the Commission for the Economic Development, Environment and Climate Change of the Parliament (2015-to date) and Bureau member of the Association of municipalities of Burkina Faso. Mr. Diallo is also Member of the Inter-Parliamentary Union – United Nations Affairs Commission, and since 2016, he is the Chairman of the Steering Committee of the Decentralized Cross-border Cooperation Cell between the local authorities of the Sahel Region – C3 Sahel (Niger: Terra and Tillabery; Mali: Gao and Tombouctou; Burkina Faso: Djibo, Sebba, Gorom-Gorom and Dori)