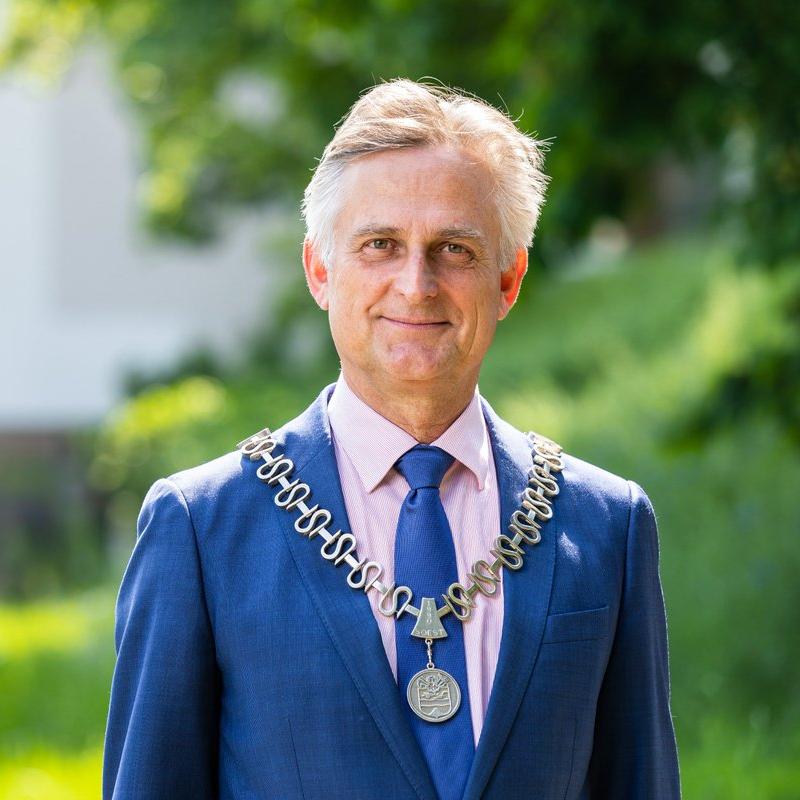 Mr. Rob Metz became a municipal councillor of the the municipality of Apeldoorn in 1994. In 2003, he became an alderman for the same city. After the December 2004 tsunami, Metz came into contact with the devastated city of Banda Aceh, through VNG International. Under his leadership, a 6-year city link was established with Apeldoorn. This city link became the basis for administrative cooperation in the reconstruction of Banda Aceh’s city, until 2011.

In 2012, Metz became acting Mayor in the municipality of Overbetuwe and subsequently of Oost-Gelre in 2013. At the end of 2013, Metz was appointed as Mayor of Soest, a mandate that was extended by 6 years in 2019. In 2014, Metz became a member of the VNG Committee of European and International Affairs. Since then, he has been responsible for the Disaster Risk and Resilience Management portfolio. Since 2018, he also fulfils the position of chairman of the international delegation of the VNG Committee of European and International Affairs. In these roles, Metz has been active in Haiti, Jordan, Iraq and St Maarten. He has participated in various international UN conferences, such as Sendai (on Disaster Risk and Resilience), the first Humanitarian Summit, and represented VNG at the UCLG world councils in Hangzou en Madrid.