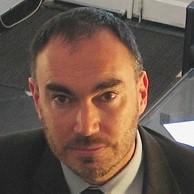 Javier Sánchez has occupied different positions in the local and regional administrations, always in the fields of external relations and development. Since 2012 he is Head of the Planning, monitoring and evaluation area, DG development cooperation, Generalitat (Region) de Catalunya, where he leads the design and deployment of an SDG-based strategy for Catalan development cooperation. He is also responsible for liasing with different international initiatives (UCLG, ORU-Fogar, Platforma). Previous positions include Director of the European Center of the Regions, European Institute of Public Administration (EIPA-ECR) (2008-2011) and Director of Policies of the European Union of the Secretariat for the European Union of the Generalitat de Catalunya (2005-2008). He also served as Secretary-General of the Ibero-American Center for Urban Strategic Development (CIDEU), and advisor to the Barcelona City Council (2001-2004).

Javier Sánchez is the author of numerous publications on issues such as international security, development and international organisations. His current research deals with local authorities in the international system. He obtained his PhD in Political Science in 2016 with a thesis entitled "Non-central governments and their networks: analysis of their role as actors in global governance". He is currently an associate researcher at the Autonomous University of Barcelona. Between 1992 and 2001 he was a lecturer at the School of Politics and Sociology of the same university and at the Cidob Foundation