The perspective of our Gender Equality and Women’s Empowerment Paper makes the case that policy mandates are fundamental to producing and nurturing just and prosperous cities and communities.

The perspective of our Gender Equality and Women’s Empowerment Paper makes the case that policy mandates are fundamental to producing and nurturing just and prosperous cities and communities. It draws on the knowledge, experience, contributions and leadership of the women’s movement - both grassroots and professionals - who, for the past decades have been working tirelessly to ensure that women are not forgotten and left behind. They have advocated successfully for the inclusion of gender inclusion in global normative frameworks, including the Habitat Agendas, New Urban Agenda, and the Sustainable Development Goals (SDGs). Gender equality and women’s empowerment are enablers of efficient and accountable local governance, not an additional burden. Local governments can adopt principles and strategies to accelerate social, political and economic participation, and inclusive decision-making and equitable development.

To make this case and illustrate the practical and strategic ways forward, we will focus on how organized groups of grassroots women1 in cities and towns are working with their local authorities for women’s empowerment and gender equality. We interviewed nine grassroots women leaders and collected information from an additional 33 leaders from cities around the world to inform this paper. This allowed us to identify diverse strategies, tools, and approaches being used to improve quality of life, to assert the ‘right to the city’, to empower women as public leaders, to hold government accountable, and to advance gender responsive and equitable local governance.

Gender equality is enshrined in many constitutions as a fundamental right, with 143 countries guaranteeing equality between men and women in their Constitutions by 20142, and is reflected in international human rights frameworks (see Annex 1). At the city level, local governments have adopted their own plans and strategies to achieve gender equality. Unfortunately, while gender equality is often a right on paper at both local and national levels, it is rarely achieved in practice. Rather, we are a long way from achieving gender equality and women’s empowerment anywhere in the world. In fact, the inaugural report by Equal Measures on the 2030 Agenda revealed and not one country is on track to achieve the gender goals and targets laid out in the SDGs by 20303. While many of these frameworks have been developed for the national level, including the SDGs, it is in cities around the world that much of the work to localize and implement these goals and frameworks takes place.

Some cities have worked to integrate gender mainstreaming as a tool for promoting gender equality and to overcome some of these gender gaps, though this approach has also been criticized for its limited impacts in advancing gender equality and in positively impacting the lives of grassroots women. One city that is recognised as having successfully integrated gender mainstreaming Vienna, Austria where the approach was

integrated across all urban planning. This means that they consider differentiated needs of women and men at different phases of the lifecycle in all phases of the planning process, from conception to resource allocation and implementation, to maximize the potential for the built environment to be gender inclusive4. Some other cities, such as Edmonton, Canada, are going further, applying a GBA+ (gender-based analysis plus, to consider gender but also other factors) to all city policies and programmes to ensure that they work for all city residents 5 . Increasingly, new language is emerging to go beyond gender mainstreaming to gender transformation. This means that in addition to gender mainstreaming in urban planning, for example, there must be parallel efforts to challenge and transform the underlying root causes of gender inequality, including patriarchal systems that maintain this inequality. Essentially, gender transformation requires a redistribution of power between the genders and a redefinition of gender norms and relations that results in both individual and collective empowerment of women6. To support such a shift on a broader scale, new mechanisms are required to facilitate and sustain the participation of people who can drive this change. Finally, local governments must ensure that they build their own capacities to effectively deliver on gender transformative strategies. In Penang, Malaysia, for example, the mayor introduced gender equality and women’s empowerment training and awareness raising for all levels of staff working with the local government. 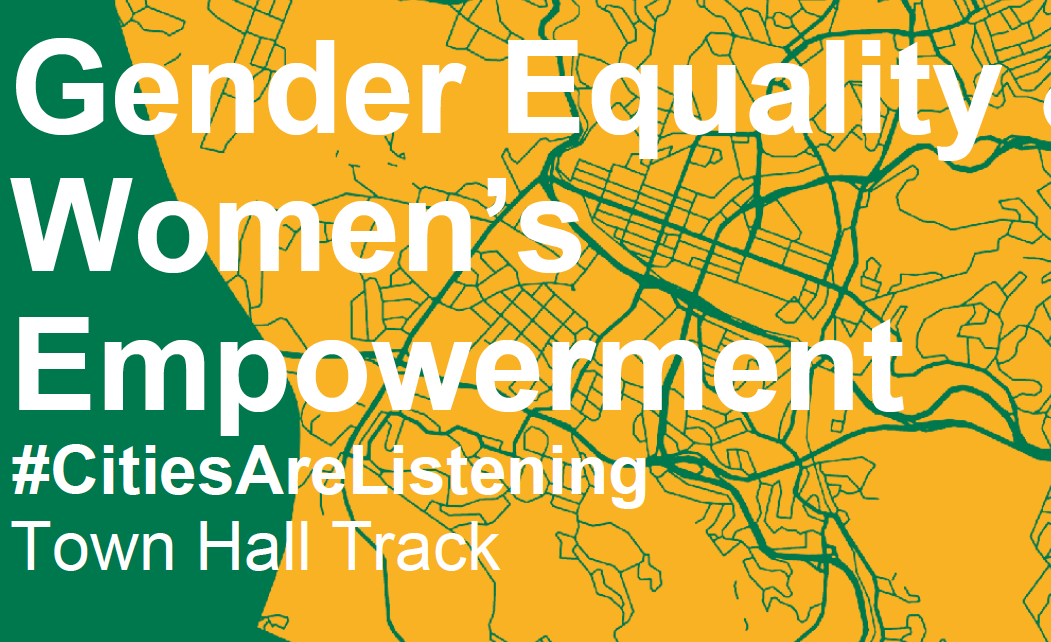