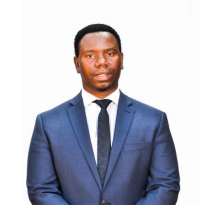 Bryne is no stranger to the green environment as he worked in the City of Johannesburg’s Environmental Management Department for five (5) years in 2005 till 2010. He then became the Company Secretary for the Johannesburg City Parks in 2010 and was appointed Acting Managing Director in 2011, a position he held until 2013, where then became Head of Governance in the City of Johannesburg until 2017. In 2018, he was appointed Managing Director of Johannesburg City Parks and Zoo (JCPZ). Bryne has vast experience in the public sector on projects relating to urban governance, environmental conservation, sustainable development, strategic partnering and framework development. Bryne is a Corporate Lawyer who has been in Local Government for more than fifteen (15) years. He holds a Bachelor of Laws Degree and a Master of Laws Degree in Company Law, Banking and Finance both from the University of the Witwatersrand.